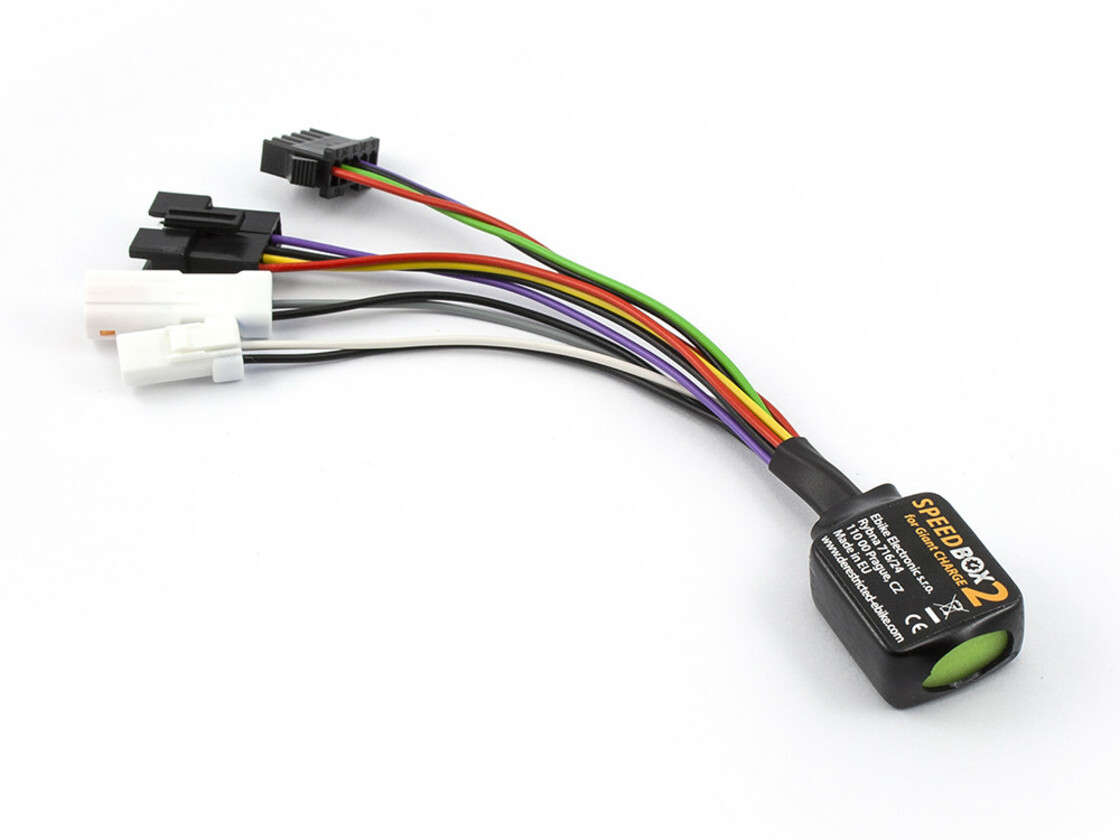 The SpeedBox2 Tuning Chip allows you to remove the speed limiter to take full advantage of your bikes full potential.

The SpeedBox2 for Giant 2015/2016 is activated by pressing the LIGHT button, which is  located on the control panel. After pressing this button, the current speed of 5.0 km/h is displayed on the control panel for about 2 seconds. This confirms that the SpeedBox2 is activated, and the supplementary assistance of your electric motor will now work up to a speed of 50 km/h.

When you press the LIGHT button again, the current speed of 2.5 km/h is displayed. This confirms that theSpeedBox2 is deactivated, and everything works as if the SpeedBox had never been installed. The supplementary assistance of your electric bike now works up to its original speed limit of 25 km/h.