Everything about e-bike batteries

The battery is one of the most important components of any e-bike, as well as the most expensive. The battery is the deciding factor in how long the bike can be used without recharging, how long it will work, how much it weighs etc. In general, when you choose an electric bike, the battery is the component that you must pay the most attention to.

What types of e-bike batteries are there and how do they differ?

Selecting a good battery directly determines its efficiency and the distance you can travel on a single charge. Even with the same size and weight, different batteries can work quite differently depending on the type and structure. All batteries have characteristics including capacity, voltage, size, weight, charging time and total battery life. 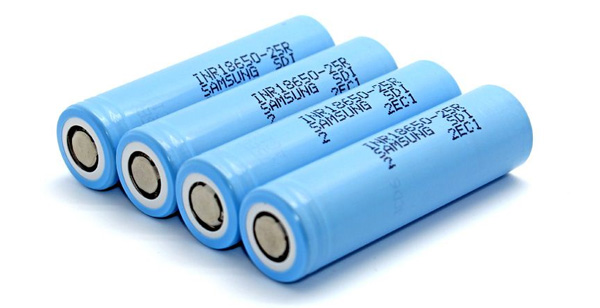 Voltage: most e-bike kits are rated for a specific voltage range. A typical 36V e-bike needs a battery that delivers power between 30V and 42V. A 36V pack at 42V is 100% charged and holds as much energy as it can; at 30V it should shut down and stop giving power before causing permanent damage. More on the BMS (Battery Monitoring System) in a bit. The common number '36V' is the average operating voltage, sometimes called nominal voltage. Voltage is measured in volts (V) which is used to describe how fast electrons move. More voltage = more speed!

Capacity is the amount of energy that can be stored in the battery. It is the main characteristic of any battery. The unit of measurement is the ampere-hour (Ah). This value is a measure of the fixed number of amps a battery can sustain for 1 hour (C rate). Double the amps for half an hour. Or cut the amps in half for two hours, etc.

A battery has a certain number of discharge-charge cycles, after which the capacity starts to fall proportionately. If the battery is discharged by, say, 10% and recharged, it is considered that one cycle has been spent.

The actual battery life is determined by the number of cycles and it depends on the operating conditions of the battery. The longer the battery is discharged, the fewer possible cycles can be expected from it.

This is the oldest variant, which is used less and less every year. There are many reasons for this, the main reason being low capacity. Gel batteries weigh a lot, and the battery makes the construction of the bike very heavy. In addition, it charges slowly: it takes 8-10 hours to charge fully. This battery also has a short life, only 150-200 cycles.

The most popular and optimal type of battery for an e-bike today. A lithium battery has the best combination of total weight and capacity. The specific capacity of lithium-ion batteries is the highest of all existing types and this is their main advantage. Lithium-ion batteries do not have the 'memory' effect.

The disadvantages of this type include sensitivity to temperature conditions and an inability to charge quickly. The lithium-ion battery is also sensitive to overheating and requires control of the discharge mode. Ageing and loss of capacity occur over time. The number of cycles is about 400, which is two and a half times more than the lead-acid battery.

Lithium-ion batteries for electric bicycles must be specifically designed due to the presence of a battery management system (BMS) within the pack. This piece of circuitry must be set appropriately to control the amount of current draw required by the motor and to limit excessive discharge capacity.The BMS is also important for balancing cell charge between the individual cells within the battery to maintain battery life over time.

This type of battery is popular mainly among cell phone manufacturers because it's incapable of operating an e-bike and does not withstand impacts and vibrations during the ride.
It is designed for use in electric cars where such vibrations are impossible. It is used very often in aircraft models where weight is important.
This is the most dangerous battery in terms of ignition! Under unfavourable circumstances (short circuits, failure of the BMS, accident) there is a high risk of ignition.

This is a relatively new but already popular type of battery. The advantages of this battery include frost resistance (it works in temperatures as low as -30 degrees Celsius without loss of capacity) and its ability to charge quickly. This type of battery has the largest number of full cycles, which is about 1,000. It is less susceptible to ageing than the usual Li-ion. It is also devoid of the memory effect. The disadvantages of LiFePo4 batteries include low specific capacity and high cost.

- How can I avoid destroying the battery?

First, pay attention to the battery's on/off system. Famous manufacturers use the 'sleep mode' in their batteries. You activate the battery mainly by pressing a button or turning on the e-bike on the control display. Once you turn off the e-bike, the battery will 'sleep' on its own after a few hours - so the power from the BMS system will turn off also. If you are riding on, you need to press the button again to activate the battery.

- How do I store the battery in winter?

Storing the battery during the winter is very easy. Basically, it is enough to charge the battery 50% and store it in a cool place. It is better to store the battery outside the e-bike to prevent unwanted activation.

- The batteries heat up during charging, is something wrong?

No, that's okay, all types of batteries heat up during charging. So do the chargers.

- What is the 'memory effect'?

The memory effect happens when a battery is recharged before being completely discharged. The battery 'remembers' the last remaining capacity before the next charge. Therefore, when you charge the batteries before they are fully discharged, the battery usage time will decrease. The batteries used by most of our products (Li-Ion, Li-Pol) have no or a very slight memory effect.

- What does self-discharge mean?

If the battery is not used after it has been fully charged, it will gradually lose energy. The self-discharge value for Li-ion and Li-Po batteries is very low and fluctuates by a maximum of about 5% per month at room temperature. It is useful to check the battery once a month, and if its capacity has fallen below 50%, charge it to about 70%.The suggestion that deep discharge prolongs battery life is total nonsense!

Greatebike.eu recommends a few tips for extending the life of your e-bike battery.

Tip 1 – Try not to discharge the battery below 20%. Deep discharge makes the battery too difficult to use and reduces its capacity in future. A lithium battery starts to oxidise, which has a negative effect on capacity as well as battery life.  In the case of switching off (e.g. in winter), it is recommended that the battery be fully charged at least once every 90 days.
Tip 2 – Do not charge the battery immediately after riding. The battery should cool down before charging.  If we start charging a heated battery, it will not be able to cool down at all, and degradation will be much faster.
Tip 3 – Do not fully charge the battery if it is not necessary. When charging the battery above 80% of its capacity (around 40V), the internal resistance of the battery increases, the battery heats up more and this significantly accelerates the degradation process.
Tip 4 – Avoid extreme temperatures. High temperatures and frost affect performance and shorten battery life. Never store the battery outside where it will be exposed to temperatures below 0ºC. Similarly, we recommend not storing the battery at temperatures above 30ºC.  Furthermore, avoid long parking under direct sunlight.

We'll help you to make your perfect choice!

Is there anything you want to know that you haven't read here?

and we'll be happy to tell you everything you're interested in!